The circuit of Spa-Francorchamps

The most beautiful race track in the world

The circuit of Spa-Francorchamps is just a stone’s throw from our campsite. Even if you’re not crazy about roaring Ferraris and screeching tires, you should have seen this special circuit with your own eyes.

The Circuit de Spa-Francorchamps is -happy- outside the distance of the campsite, but within walking distance! We would like to tell you (or the kids) how you have a spectacular view of the famous l’Eau Rouge bend.

In 1920, the world-famous circuit was designed as a track of just over 14 kilometers on the public roads between the villages Francorchamps, Malmedy and Stavelot.

Did you know that a Grand Prix was organized for the first time a few years later? And in 1950 this beautiful job was already on the agenda of the very first F1 season. It was not until 2000 – after the construction of a public road around the circuit – that the circuit became a permanently closed race circuit.

At the moment the circuit is about 7 kilometers long and has become world famous thanks to curves like the Eau Rouge and Blanchimont.

Around the – annually returning – F1 race on the circuit, our campsite turns into a great F1 campsite with a very special and cozy atmosphere.

In recent years, a whole host of loyal fans have formed around our campsite during the F1. You have to be there to believe it! 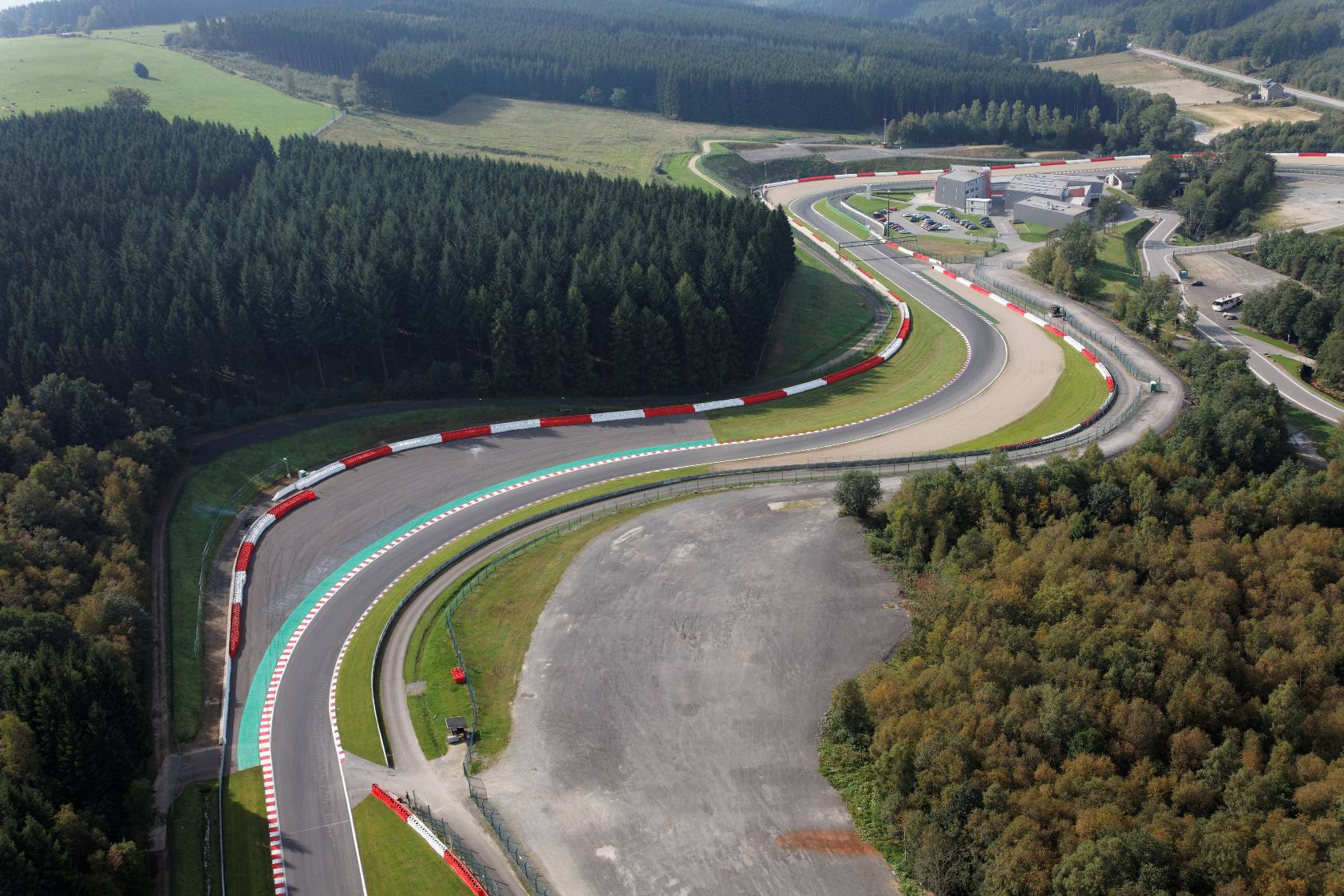 Of course, there is much more to experience than the Formula 1 (although that of course remains one of the highlights), such as the 24 hours of SPA, the EUROPEAN LE MANS SERIES, the PORSCHE days and of course the various old-timer events.

We are happy to host you with those events, so do not hesitate and book soon!